04 Nights/05 Days NPR 85,000/- per person on twin sharing basis
Day 01
Arrive at Colombo International Airport. Here you will be met by our representative and proceed to Hikkaduwa.

Hikkaduwa is a small town on the south coast of Sri Lanka located in the Southern Province. The name Hikkaduwa is thought to have been derived from the two words “Ship Kaduwa” with “ship” beigh the shorter version of “Shilpaya” which refer to knowledge in Sinhalese and “kaduwa” which means sword. It is belived therefore that the name Hikkaduwa means “sword of knowledge”. Hikkaduwa beach and night life make it a popular tourist destination. It is a well known international destination for board suring. Hikkaduwa beach reputed as the second best surfing spot in Sri Lanka. Hikkaduwa Coral Sanctuary located a few hundred meters offshore. The sanctuary has approximately seventy verities of multi colored corals.

Day 02
Leave early in the morning with packet breakfast to Mirissa for whale watching.

Mirissa is a small town on the south coast of Sri Lanka, located in the Matara District of the Southern Province. It is approximately 240 kilometers (150 mi) south of Colombo and is situated at an elevation of 4 meters (13 ft) above the sea level. Mirissa's beach and night life make it a popular tourist destination. It is also a fishing port and one of the island's main whale and dolphin watching locations.
On completion return back to Hikkaduwa.

Rest of the leisure at the Hikkaduwa Beach.

Day 03
After breakfast at the hotel, proceed to Colombo.

Colombo, the Commercial Capital of Sri Lanka, is a bustling city and a hopping-off point for beaches in the island nation's south. It has a long history as a port on ancient east-west trade routes, ruled successively by the Portuguese, Dutch and British. That heritage is reflected in its spicy cuisine as well as its architecture, mixing colonial buildings with high-rises and shopping malls.

Day 04
After breakfast at the hotel, proceed to Kandy.

Kandy – which is a UNESCO world heritage site. The historical city about 480m above from sea level surrounded by mountains was known to Sri Lankan as Kanda Uda Rata, which means the Hill Country. Kandy was home to Sri Lanka’s last independent Kingdom, which survived two centuries of colonial incursion before finally falling to the British at the beginning of the 19th Century.


Sri DaladaMaligawa or the Temple of the Sacred Tooth Relic is a Buddhist temple in the city of Kandy, Sri Lanka. It is located in the royal palace complex of the former Kingdom of Kandy, which houses the relic of the tooth of the Buddha.

In the evening witness the traditional cultural Kandyan dance performance including fire walking.

Day 05
After breakfast at the hotel, you will be transferred to the Colombo International Airport to catch your flight back home accompanied with all the happy memories.

Please note: No booking has been made. We will confirm once we get the confirmation from your side. Price may change at the time of booking. 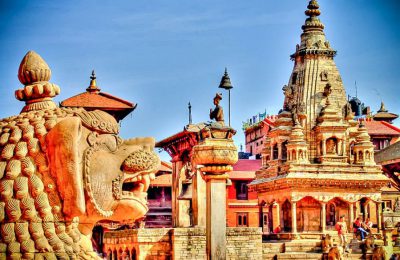 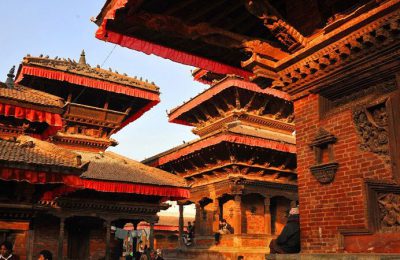 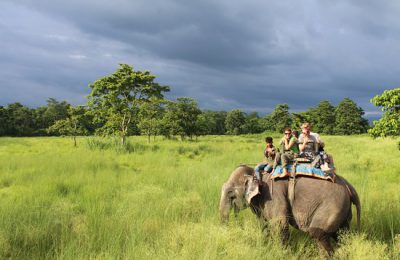 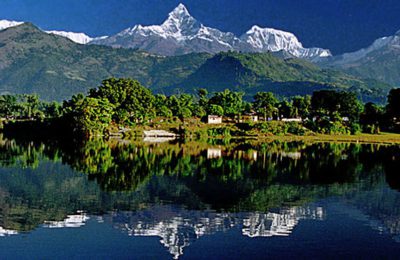 The ultimate thrill of a bungee jump can now be experienced in Nepal – 12 km from the Nepal-Tibet border, a three-hour bus ride from Kathmandu. The bungee jump was designed by one of New Zealand’s leading bungee consultants, and is operated by some of the most experienced jump masters in the business. The jump takes place from a 166 m wide steel suspension bridge that joins two sides of a deep valley over the raging Bhoti Kosi River. The place has spectacular scenery with dense forests covering the top of the cliff. One can overnight here and go rafting and rock climbing, too.

Nepal’s diverse terrain makes it one of the best for mountain biking. Bike through the country and discover villages and small towns in the midst of rural serenity. Time permitting, it is even possible to explore the entire length and breadth of the country on a mountain bike. Bikes can be hired in Kathmandu and Pokhara.

The Adventure that Beats All Adventures
Everest Skydive (ESD) is considered as one of most Elite Adventure Holidays in the world and therefore, remains a dream event for many Adventure Seekers who want to fill their limitless passion-pit with extraordinary zeal and thrill. Dropping off from a AS350 B3 Helicopter from the height of 29500ft with the landing sites Syangboche Airport (12340ft) and AmaDablam Base Camp (15,000ft), is undeniably the highest commercial aerial event in the world. CNN News Channel has ranked it as No. 8 out of 50 best Adventure Events organized throughout the world under the heading, “Try before you die” events. The adrenaline rush you get from the freefall, the eye-feasting view of the picturesque Sherpa settlement with the back drop of world’s highest peak Mt. Everest, along with other equally petrifying sister peaks, and the whole alpine experience can be a lifetime achievement.

Mountain flights offer the luxurious option of a Himalayan experience. The one-hour mountain flight from Kathmandu takes one close to the highest peaks, including Mt. Everest.
During the flight,  you get to see Gosaithan (also called Shisha Pangma), DorjeLhakpa, PhurbiChyachu, ChobaBhamare, Gaurishanker, Melungtse, Chugimago, Numbur, Karyolung, Cho-Oyu, Gyachungkang, Pumori, Nuptse and, of course, Everest. Mountain flights are offered by several airlines in the morning from the domestic airport in Kathmandu. Flights from Kathmandu reveal the Eastern Himalaya, while flights from Pokhara take you on a bird’s eye view of the Western Himalaya.

Paragliding is a relatively new adventure sport in Nepal, and is the simplest, safest and least expensive way of discovering the joys of flying alone to experience the aerial views of the magnificent Himalayas. Sarangkot, at 1,592 m above Lakeside in Pokhara Valley, is the jumping off point for paragliders. From here, one can take in stunning views of three of the world’s Eight Thousanders, namely, Dhaulagiri, Annapurna and Manaslu.
Ultralight aircraft takes off from Pokhara and offers spectacular views of the lakes, mountains and villages. This is an ideal way to see life from a new perspective. Flights are operated almost throughout the year except during the monsoon (June through August). Flights take place from sunrise to 11 a.m. and from 3 p.m. to sunset every day, provided there are no rains. During the half- hour flight, one flies over Pokhara city, Phewa Lake, Sarangkot Hill and gets close to the Machhapuchhremountain. Another option is to explore the Annapurna range from 12,000 feet or higher in an hour. Licensed hunting is allowed in the Dhorpatan Hunting Reserve in the western part of Nepal. Dhorpatan is the prime habitat of the blue sheep, ghoral, serow, Himalayan tahr, black bear, pheasant, and partridge. Endangered species here include the cheer pheasant and red panda. Hunting is allowed only after acquiring a license from the Department of National Parks and Wildlife Conservation (DNPWC) in Kathmandu and is restricted to certain times in a year. Most hunting trips are planned in spring and the onset of autumn, from February through April and August through October respectively.
Dhorpatan is a 4-day trek from Baglung which is 72 km from Pokhara. Accommodation facilities include tented camps or a village house.

Most treks go through altitudes between 1,000 and 4,000 meters, while some popular parts reach over 5,000 meters. It’s not only the stunning landscapes on the trail that captivate the trekkers but also the people from different ethnic groups with whom they meet on the way – a rare opportunity to experience Nepal’s rich cultural diversity. And what better way than walking to see and experience it.
The most popular trekking routes have traditionally been the Everest, Annapurna and Langtang regions. But now the Kanchenjungha in the extreme east and Dolpo in northwest Nepal are gaining ground as new popular destinations. Rafting in Nepal is one of the most popular adventure sports. In paddle or oar boats, rafters drift lazily through lush tropical gorges, or roller coaster through white water stretches rated up to 7 on the Colorado River rafting system. Clients are taken on overnight trips, camping on sandy riverbanks and exploring side canyons and villages on the route. October through mid-December and March through early May are the best times to river raft. It is also possible during winter but slightly cold. During monsoon (June through September) white water sections are out but gentler stretches are run able. Most popular white water river rafting in Nepal is Dudh Kosi (river of Mt. Everest) Bhote Koshi river, Sun Koshi river and Trishuli River. There are day trip rafting packages and over night packages also
depending upon length of tour required by tourists. The over night stay would be in Tented Camp beside
river banks. Rock climbing  is a challenging sport for outdoor lovers. Most of the areas for rock climbing are situated towards the north of Kathmandu in the Nagarjun forest and Shivapuri National Park. Hence a trip to these places can be combined with hiking, bird watching, nature tours and other activities. In Pokhara, an artificial climbing wall named after French alpinist Maurice Herzog, the first mountaineer ever to summit an 8,000 m peak – Annapurna I – in 1950, is open at the Mountaineering Museum. It is 23 m tall.

Nepal is an ultimate destination for Adventure seekers. The Nepalese Himalayas is one of the world’s greatest trekking destinations. Mountaineering expeditions are the advance level of trekking which involves mountaineering above snow line using ice axes, crampons, ropes, and other necessary gears.
Nepal has eight highest peaks above 8000m, out of Fourteen including the Highest Peak in the world – Mount Everest.
The mountains are open for climbing in all the four climbing seasons: